Peptides for Pain and TBI

Managing pain is a daily task for more people than many realize. It can be crippling, can affect our ability to live normally and enjoy even the simplest tasks or even, day to day normal functioning. Pain comes in many forms and can target one or multiple areas. Unfortunately, most pain is managed with opioids, because opioids change the way the brain and nervous system respond to pain.

The down side, is that opioids are highly addictive and often result in either prescription drug abuse or serve as a gateway to other drugs.

“These days, everybody looks for alternatives to opioids in the treatment of pain. Sadly, there just aren’t that many treatments that are both affordable and available to replace opioids for chronic pain therapy.” 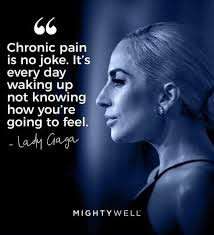 The Network of Medical Doctors within Regenerative Practices of America are on the forefront of the absolute latest in elite medical peptides and nootropics, and continue to learn and offer advancements in new discoveries as they are made in clinical trials and deemed safe & effective. Until very recently, hormone therapy represented the pinnacle of age-related & degenerative therapy.

Is a peptide best known for its nootropic, neuroprotective, and neurogenic/neurorestorative properties. It is a synthetic peptide, analog of a fragment of the adrenocorticotropic hormone (ACTH). ACTH is a hormone produced by the pituitary gland in the brain in response to stress and regulates cortisol secretion.

In the U.S. and around the world, Semax is the basis for a number of drugs that are used in clinical practice for the treatment of CNS diseases (ischemic brain stroke, dys-circulatory encephalopathy, optic nerve atrophy, etc.) and to enhance adaptability under extreme conditions in healthy people. Amongst other clinical effects, Semax is an analgesic (pain medication) and helps weaning off opioids.

Some of the benefits of Semax may include:

HOW DOES SEMAX WORK?

BDNF are active neurotrophins, which are chemicals that help to stimulate and control neurogenesis, the birth of new neurons in the brain. Semax is known to increase the brain-derived neurotrophic factor (BDNF) levels, which essentially means it helps to support the survival of existing neurons and encourages the growth, regeneration, and creation of new neurons and synapses.

BDNF helps to support Semax allowing nerve cells in the brain to compensate for injury and adapt to new situations or changes in the environment and reducing the breakdown of enkephalins. Enkephalins are mainly involved in decreasing pain, reducing the breakdown of inflammation, preventing cancer cell growth, and increasing immune cell activity. They also play a role in memory, learning, emotional behavior, and pain. Balanced enkephalins levels are needed to maintain normal brain function. These early findings have led some researchers to suggest that Semax may have some potential as a pain reliever, although much more research would be needed to confirm these preliminary cell-based findings.

Based on what Semax can do for brain function and health, its capabilities as a treatment option are continually being developed.

Traditionally prescribed for the treatment of anxiety and depression.

Delta Sleep Inducing Peptide (DSIP) in low doses has been known to promote sleep. It s a well known neuromodulator and natural somnogenic nonapeptide with many other physiologic functions. Typically found in the brain, it easily passes the blood brain barrier. It is mainly prescribed for the treatment of pain condition, alcohol and opioid withdrawal, CRH and stress related symptoms, and low testosterone (via stimulation of LH).

Pentosan Polysulfate (PPS) is an FDA-approved oral medication with anti-inflammatory properties and cartilage repair action. It is therefore used successfully in pain from osteoarthritis.

NAD+ Using cognitive enhancement medications without a prescription in the United States is illegal, and the illegal use of certain compounds carries health risks. Furthermore, there a number of dubious online “sources” for certain cognitive enhancing substances and “nootropics” that purport to sell molecularly similar variants of the medical / prescription grade compound. The origin of these “sources” is often unknown or overseas, and the chemical composition & purity is speculative at best. However, the proper medically supervised administration of cognitive enhancing compounds is accepted in the medical community and is considered an effective medical treatment for cognitive decline and specific cognitive deficiencies. It is safe if administered through a qualified physician who has your health, general well-being and safety in mind. Our physicians specialize in this field, and are well-respected in the medical community.

Epithalon Also known as Etalon or Epithalone is known to regulate metabolism in the epiphysis, increasing the sensitivity of hypothalamus to its natural hormonal influences, normalize the function of the anterior pituitary, regulate the levels of gonadotropins and melatonin in the body.

Dihexa, also known as N-hexanoic-Tyr-lle-(6) aminohexanoic amide, is an oligopeptide drug derived from angiotensin IV that binds with high affinity to hepatocyte growth factor (HGF) and potentiates its activity at its receptor, c-Met.

“Having the opportunity to pursue my dream of playing hockey is one that many young boys long for. Growing up in Canada, I started playing hockey at the age of 5. I went on to play AAA, WHL, AHL and ECHL. Unfortunately, due to illness, my NHL days were short lived. I am thankful for the many years that I played, including the opportunity of my most memorable, 10 years with the Charlotte Checkers. Unfortunately though, as any professional athlete will tell you – it doesn’t come without the sacrifice of the toll on your body. The impact of playing, perhaps that many don’t understand, the body checks, the head trauma, separated shoulders, multiple breaks to the nose, skate blades to the face, the multiple hits, cuts, bruises, broken bones, contusions led to ankle surgery, rhinoplasty, reconstructive facial surgery, a hip replacement, daily inflammation and chronic pain that is almost unbearable, affecting every aspect of your next stage of life. But yet, those years of playing were filled with amazing memories, team commoderity, highs and lows of competitive sport and my ultimate dream, fulfilled.”

According to the CDC, Traumatic brain injury (TBI) is a major cause of death and disability in the United States. They report that in the years 2006 to 2014, the number of TBI-related emergency department visits, hospitalizations, and deaths increased by 53%. Even more alarming, they reported that an average of 155 people a day died in 2014 from injuries that included a TBI. Traumatic Brain Injury can have effects lasting a few days to the rest of their lives. It can include thinking, memory, movement, sensation and emotional impairments, personality changes and depression.

Between 7-10% of the world’s population suffers from chronic pain originating from nerves that have been damaged. A disease that can be severely debilitating.

“Repetitive closed head injury occurs in a wide variety of contact sports, including football, boxing, wrestling, rugby, hockey, lacrosse, soccer, and skiing. These athletes may experience thousands of subconcussive hits over the course of a single season.”

Chronic Traumatic Encephalopathy (CTE) is a progressive degenerative disease of the brain found in people with a history of repetitive brain trauma (often athletes), including symptomatic concussions as well as asymptomatic subconcussive hits to the head that do not cause symptoms. CTE has been known to affect boxers since the 1920’s (when it was initially termed punch drunk syndrome or dementia pugilistica).

CTE is not the same as a concussion. Concussion is a reversible brain injury that happens after a head injury, while CTE is a neurodegenerative disease, like Alzheimers.

A traumatic brain injury quickly causes oxidative stress and inflammation in the brain. This can reduce blood flow and interfere with the brain tissue’s ability to heal. Depending on your individual situation peptides like RG3, VIP spray, BPC-157 can support cell signaling putting you on a path towards a quick and full recovery.

Over 700,000 people suffer a stroke ever year. Add to that 2.5 million who suffer Traumatic Brain Injuries. Both of these may result in Chronic Encephalopathy – a degeneration of the brain tissue. The possibilities that peptides offer not only can stop the degenerative progression, but reverse and resolve the damage and allow for the restoration of all faculties.

Several endogenous peptides play a role in managing neuropathic pain states as their corresponding receptors are either up-regulated or down-regulated after damage to peripheral nerves.

ARA-290, also known as pyroglutamate helix B surface peptide has been evaluated extensively in neuropathic pain. It is derived from erythropoietin (EPO), a hormone secreted by the kidneys.

The innate repair receptor (IRR) is typically not expressed in normal tissues, but it is unregulated in response to tissue injury, low oxygen, or metabolic stress.

ARA-290 selectively activates the IRR, which turns on anti-inflammatory and tissue repair pathways.

ARA-290 may activate IRRs within the central nervous system (brain and spine), as well as peripheral sites.

Some of the effects of ARA-290 include:

ARA-290 administered IV to patients with moderate to severe neuropathic pain from sarcoidosis and type 2 diabetes mellitus showed no relevant side effects and 25% reduction in pain after 3 administrations.

Next time you are in a crowd, look around — 1 of every 5 adults you see could be living with chronic pain. A new report from the Centers for Disease Control and Prevention estimates that 50 million American adults — 20.4 percent of the U.S. adult population have chronic pain, defined as pain most days or every day for at least the past six months. Age and sex seem to make a difference, with a higher prevalence among older people and women. For 8 percent of those with chronic pain (19.6 million adults), the pain is bad enough to frequently limit their daily life or work activities. Although pain is the body’s normal reaction to injury, it should go away once the body heals. If that does not happen, or if the injury included nerve damage, the pain may persist for months or even years. Some diseases and infections can also lead to chronic pain, and sometimes no cause can be found.

Using cognitive enhancement medications without a prescription in the United States is illegal, and the illegal use of certain compounds carries health risks. Furthermore, there a number of dubious online “sources” for certain cognitive enhancing substances and “nootropics” that purport to sell molecularly similar variants of the medical / prescription grade compound. The origin of these “sources” is often unknown or overseas, and the chemical composition & purity is speculative at best. However, the proper medically supervised administration of cognitive enhancing compounds is accepted in the medical community and is considered an effective medical treatment for cognitive decline and specific cognitive deficiencies. It is safe if administered through a qualified physician who has your health, general well-being and safety in mind. Our physicians specialize in this field, and are well-respected in the medical community.

This website and blog is for general health information only. This website is not to be used as a substitute for medical advice, diagnosis or treatment of any health condition or problem. Visitors and users of this website should not rely on information provided on this website for their own health problems. Any questions regarding your own health should be addressed to your own physician or other healthcare provider.

Follow us on your favorite social media platforms. Get our latest deals, news and information.