Peptides for fat loss can allow patients to lose weight in a way that a regular diet and exercise never accomplished before.

Why is Weight Loss One of our Greatest Struggles?

Ask any doctor or weight loss expert, and he or she will tell you that the secret to dropping excess pounds is as easy as basic math: Burn more calories than you consume, and the weight will surely come off. In essence, that is pretty much right. However, if it is you, or you talk to anyone that has had a lifelong or intermittent struggle with losing or keeping the weight off, they may have a different answer.

There are many factors that play into weight loss struggles and many options available today to help you. Peptides can be one of them. Today, we have a handful of Peptides available to assist weight loss safely and effectively. These peptides are called Growth Hormone Releasing Peptides.

Sermorelin is bioidentical hormone that mimics the natural HGH releasing peptide that is made by the brain. It is called a “secretogogue” because is stimulates the natural secretion of a hormone, in this case HGH. The result is a more physiologic increase in HGH that does not allow for overdosing or lead to resistance of HGH.

Sermorelin boosts energy and endurance and helps to eliminate fat from the body through a process known as lipolysis. It reinvigorates the function of the cardiovascular system, leads to more restful non-Rapid Eye Movement sleep of the slow wave variety, boosts the system of immunity, and enhances the mass and cut of lean muscle on the bones. Sermorelin also may assist in reducing the amount of glucose that is taken in by the liver, greatly elevate the amount of protein synthesized within the muscles, it contributes to homeostasis in bodily energy fuel production, and assists in the stimulation of growth of the organs.

Sermorelin also gives a significant contribution to the maintenance and function of the islets of the pancreas. Sermorelin treatment therapy boosts the functions of the kidneys, and in the brain memory is improved as well. Patients who suffer from blood pressure that is elevated may realize that their levels of blood pressure may decrease to a far more healthy level. The function of the immune system is also enhanced and a significant subset of patients that were suffering from balding reported that they experienced regrowth of hair. Also smoother, firmer skin with fewer wrinkles and libido increased, in addition to increased sexual function, performance and pleasure.

Excess weight and obesity can be difficult to reverse or treat effectively. This is often due to changes in metabolism, which reduces the ability of the body’s fat stores to break down and be made available as a source of energy. As a result, those trying to lose excess weight or obesity, regardless of diet, eating or exercise habits.

As fat cells increase in size, they begin to overproduce an enzyme called NNMT. This enzyme acts to slow down fat cell metabolism (fat burning). This slowdown makes it harder for these cells to burn accumulating fat. As fat tissue grows and more NNMT is produced, greater amounts of hormones and pro-inflammatory signals are produced that are responsible for weight gain and other chronic diseases such as type 2 diabetes and cardiovascular disease.

5-amino 1MQ is a small, selective membrane permeable molecule that blocks the NNMT enzyme. What made it even more effective is that it did not affect the activity of any other enzymes in the metabolic cycles which reduced the risks of any potential side-effects.

AOD 9604 is a modified form of amino acids 176-191 of the GH polypeptide discovered that the fat-reducing effects of GH appear to be controlled by a small region near one end of the GH molecule and appears to have no effect on insulin resistance. It works by mimicking the way natural Growth Hormone regulates fat metabolism but without the adverse effects on blood sugar or growth. AOD 9604 stimulates lipolysis (the breakdown or destruction of fat) and inhibits lipogenesis (the transformation of nonfat food materials into body fat).

IGF-1 is a primary mediator of the effects of growth hormone (GH). The growth hormone is made in the anterior pituitary gland, is released into the bloodstream, and then stimulates the liver to produce IGF-1. IGF-1 then stimulates systemic body growth and has growth-promoting effects on almost every cell in the body, especially skeletal muscle, cartilage, bone, liver, kidney, nerves, skin, hematopoietic cell, and lungs. In addition to the insulin-like effects, IGF-1 can also regulate cell growth and development, especially in nerve cells, as well as cellular DNA synthesis.

YOUR OWN GROWTH HORMONE DOES THE FOLLOWING TO IMPROVE YOUR FAT BURNING CAPACITY:

The fat on the thighs and abdominal area is more difficult to mobilize due to increased alpha-2 adrenergic receptor activity induced by estrogen. Lipolysis can be initiated through adipocyte receptor stimulation (beta-adrenergic) or inhibition (adenosine or alpha-2 adrenergic) or by inhibition of phosphodiesterase. Since many people desire regional thigh and abdominal fat loss, Topical aminophylline abdominal and thigh cream has been introduced as a method of treating cellulite, or dimpled thighs and buttocks. 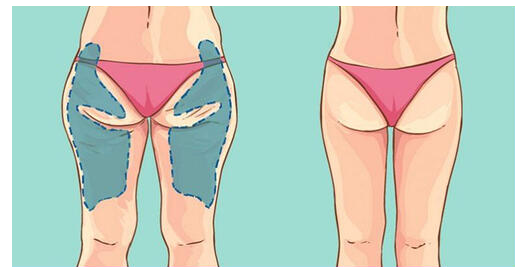 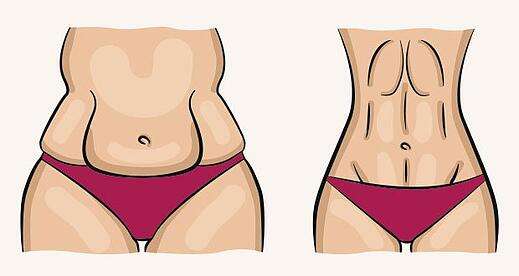 “My entire life I struggled with my weight. I tried many diets over the course of my life that didn’t work long term for my body type and what I needed. After doing some research I came across “Peptides of America”. At first I was taken back on all the information that I received because it almost sounded “too good to be true”. Well I’m here to tell you that it’s true! I started the program at a body weight of 182, body fat percent of 48, and size 14/ Large to extra Large. Two months into the program I was 170 lbs, body fat percent of 38, and a size 8/ medium. As I continue the program I continue to lose the weight and build muscle. With barely any exercise and a small change to my diet I can honestly say this program works! I’m happy with the results and the attention the staff gave me including their physician who supported me every step of the way. Thank you Peptides of America for helping me stay healthy.”

This website and blog is for general health information only. This website is not to be used as a substitute for medical advice, diagnosis or treatment of any health condition or problem. Visitors and users of this website should not rely on information provided on this website for their own health problems. Any questions regarding your own health should be addressed to your own physician or other healthcare provider.

Follow us on your favorite social media platforms. Get our latest deals, news and information.